Today, the kids started by saying “Hello” along with some vigorous stamping. 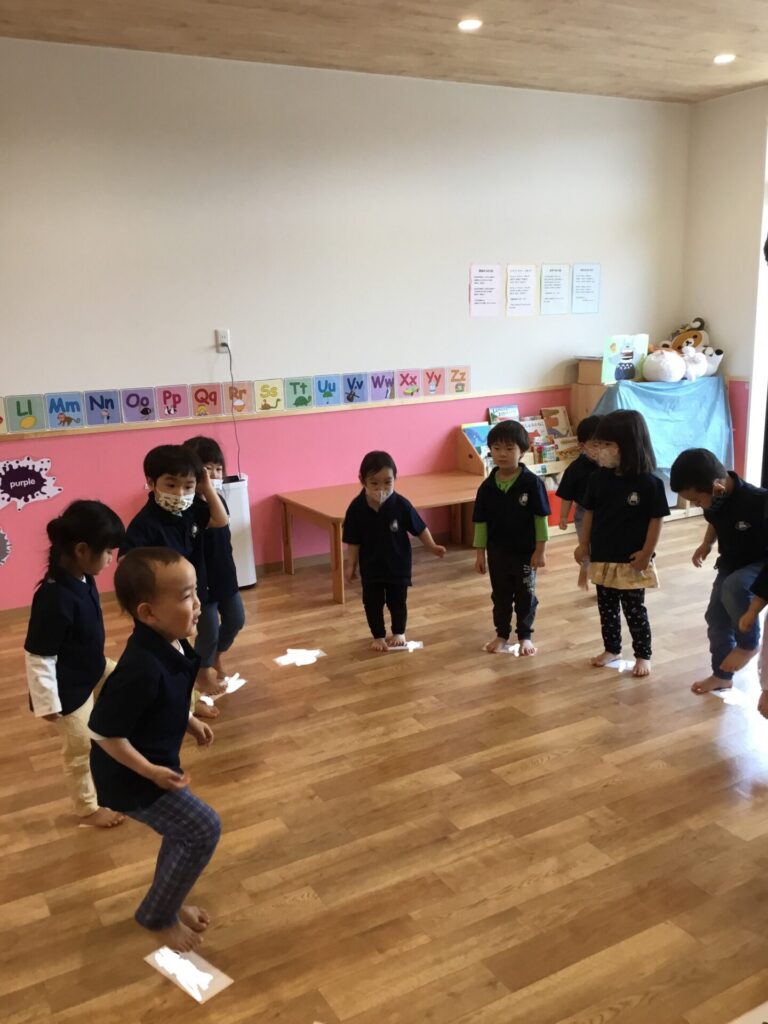 Then, they practiced asking “What time is it?” and answering “It’s … o’clock.” 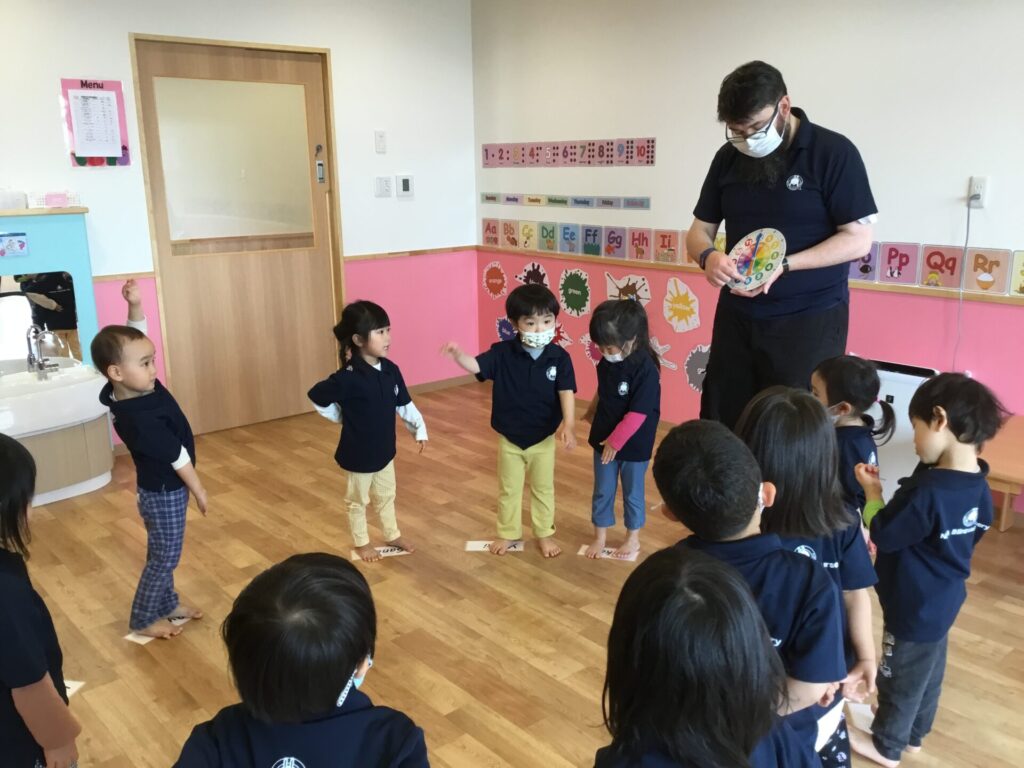 then they played a game where 1 person plays a wolf and chooses a time, and the kids have to slowly walk up and ask “What time is it?” 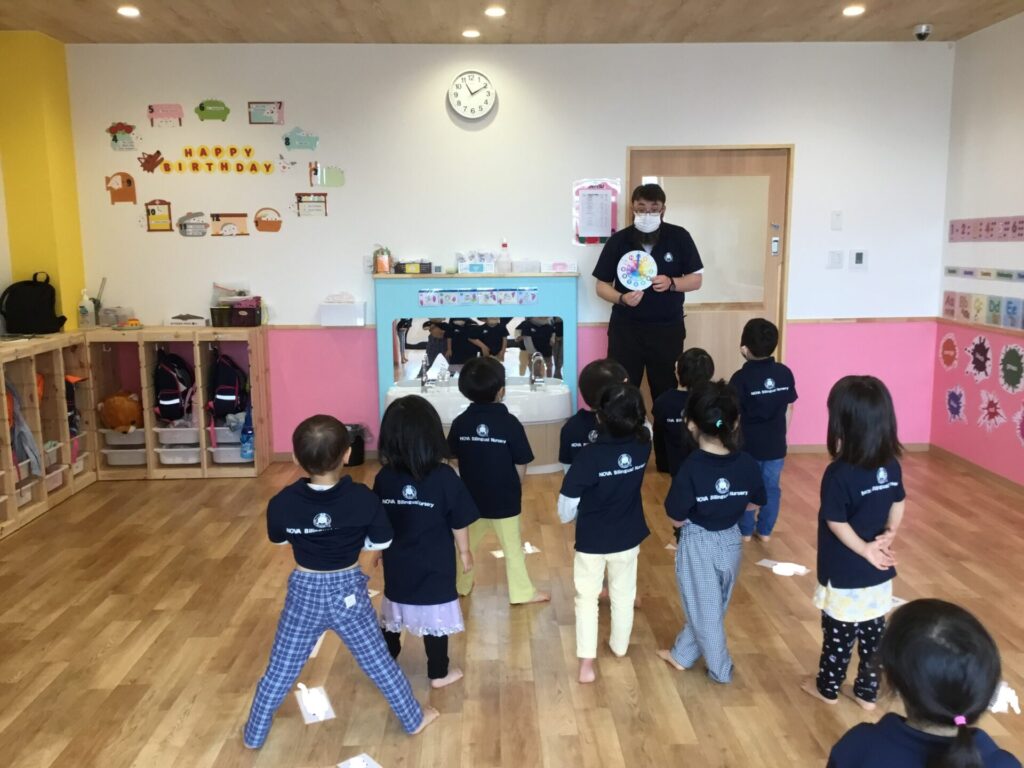 When the clock reads 6 o’clock, it’s dinner time and the wolf chases the kids back to the start. 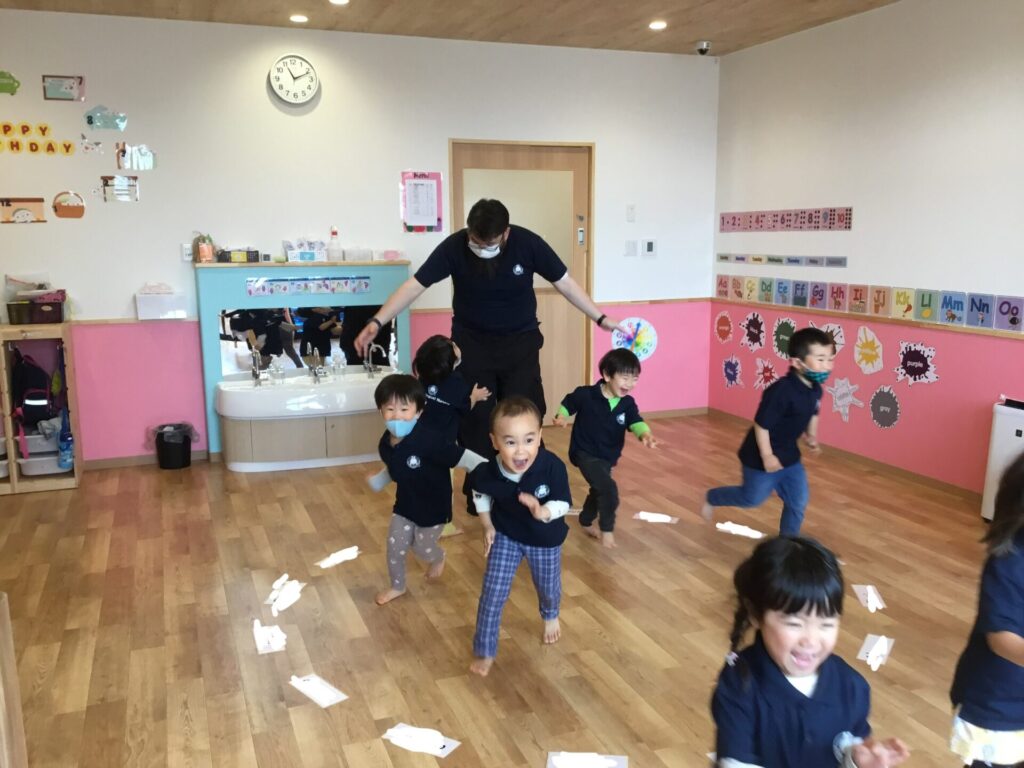 The kids were pretty scary and fun wolves. 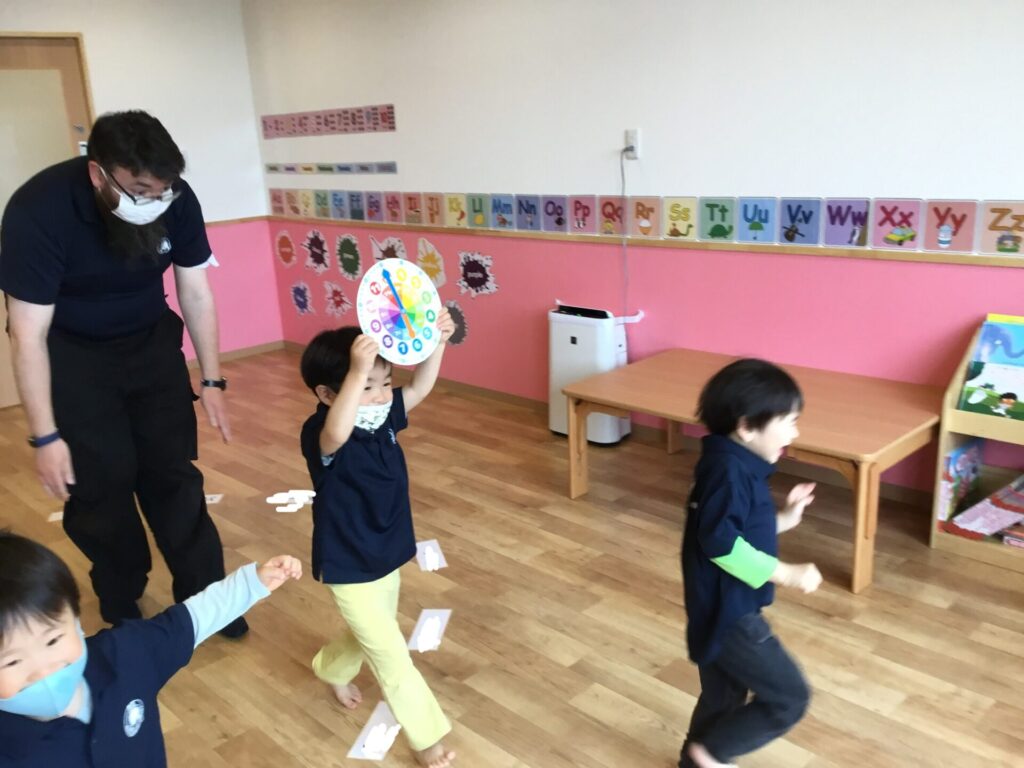 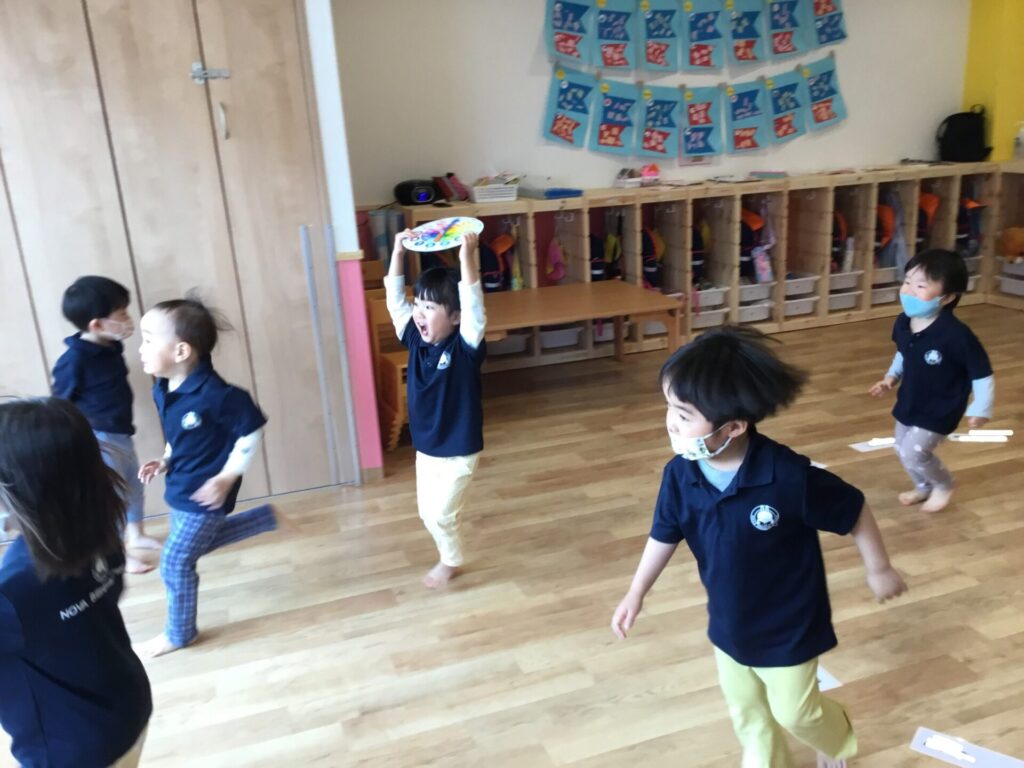 After that, we looked at some animals, then guessed what animal was missing after one kid had removed one. 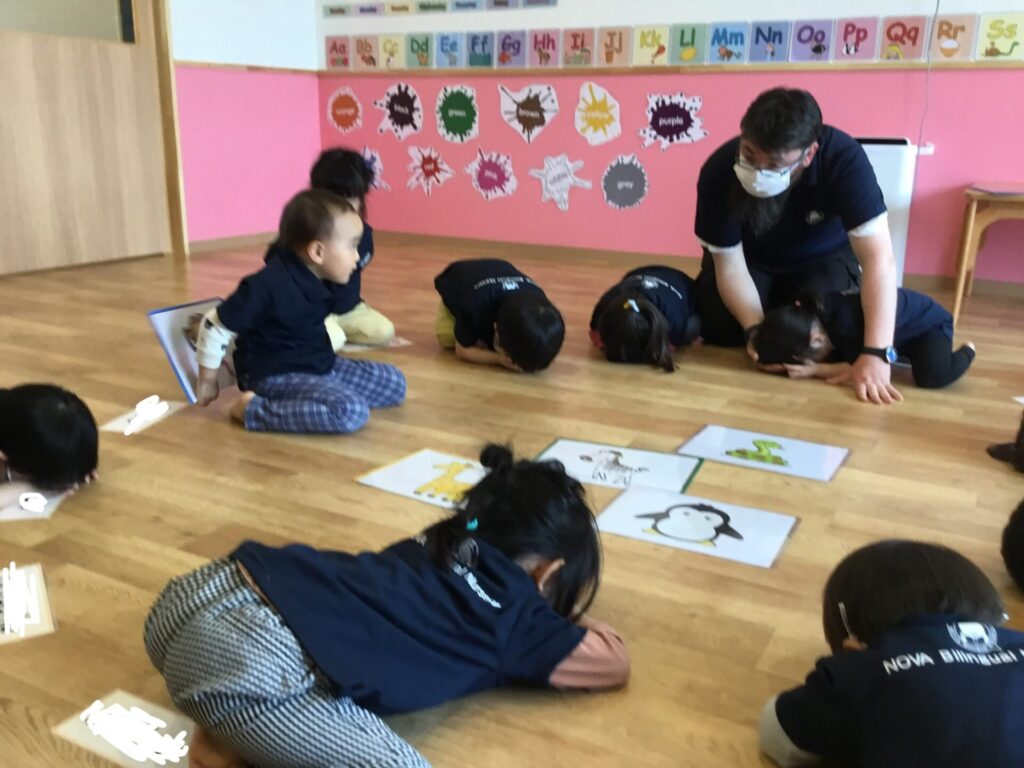 Finally, they practiced phonics for A to E and words that start with that sound. E says e, e, eyes was a favorite. 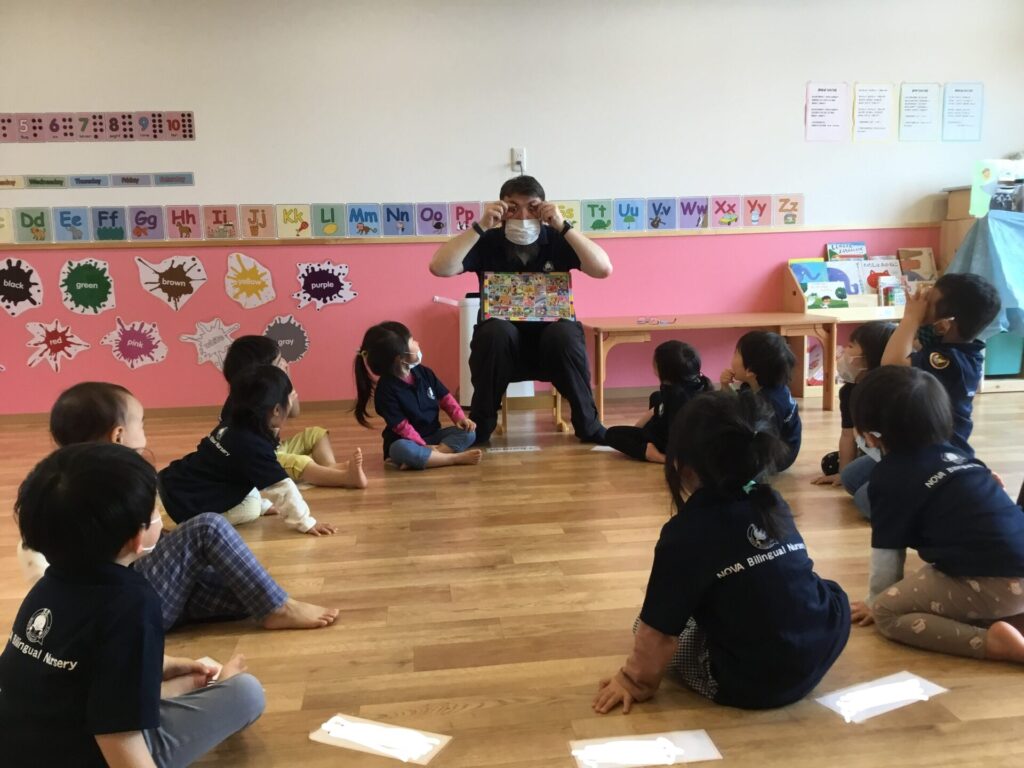