This week, the Kinder classes drew monsters during art and math time. Each student began with a piece of paper and crayons. The teacher drew an outline of a body on their paper. Then each student took turns rolling a pair of dice. The numbers on the first die represented body parts. For example, 1 = eyes, 4 = noses, 6 = legs. The numbers on the second die represented the number of body parts. So, if the student rolled a 1 and a 3, they would draw three eyes on their monster. 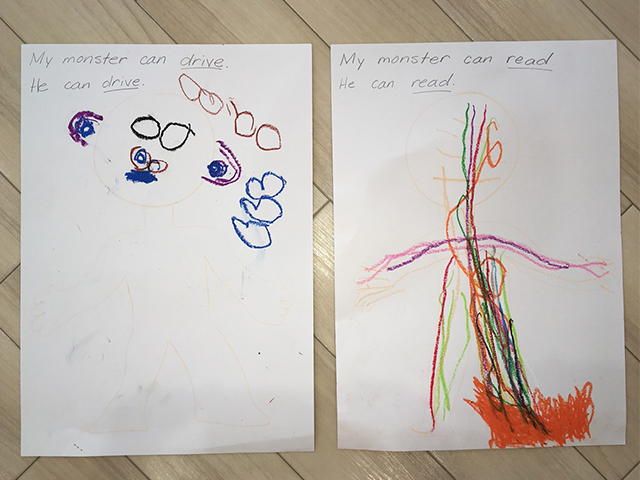 These are the monsters the Kinder 1 class created. One monster has a lot of eyes and the other has a lot of legs. Last, the students practiced this week's English vocabulary to talk about their what their monsters can do. "He can read," or "He can drive."